S.U.I.T is a first person wall-jump-based game for PC made in Unreal Engine 4 during a four week group project at Futuregames. We were a team of seven: three game designers and four 3d artists. I was responisble for concepting and directing the environment art, building assets, textures, decals and advanced shaders. I also built three out of six total levels complete with lighting and post effects. At the end of the project a jury, consisting of people from Dice, King and Starbreeze, evaluated the game. S.U.I.T recieved the highest honors in game art, graphics and style. For more in depth info see "Breakdown" further down on the page. 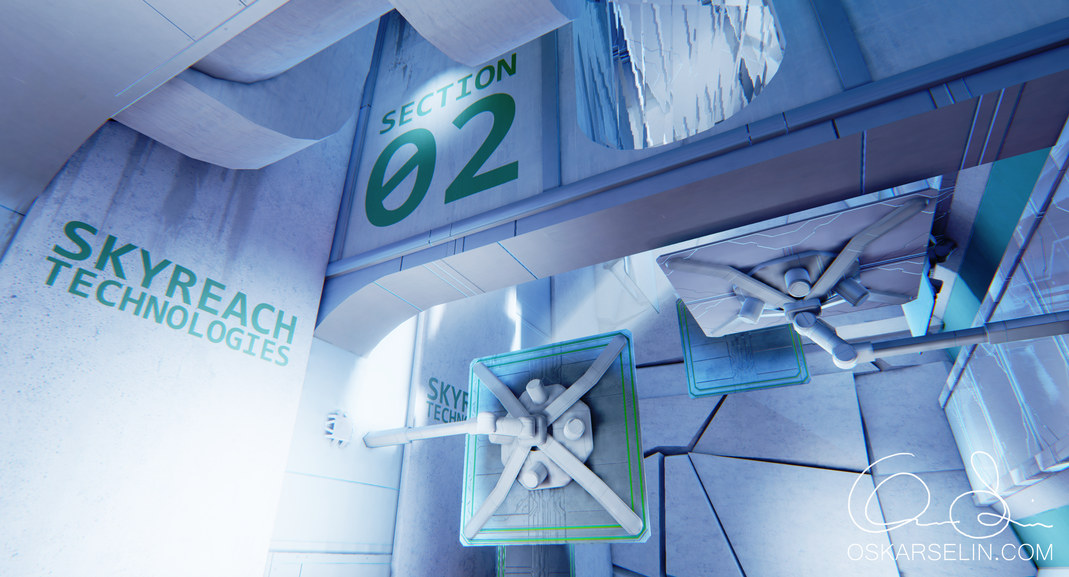 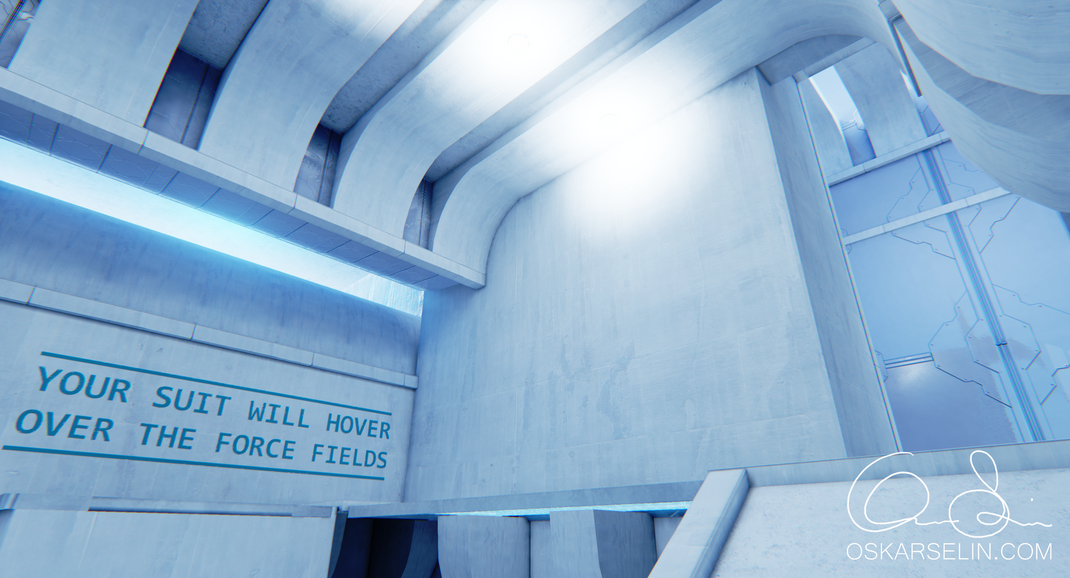 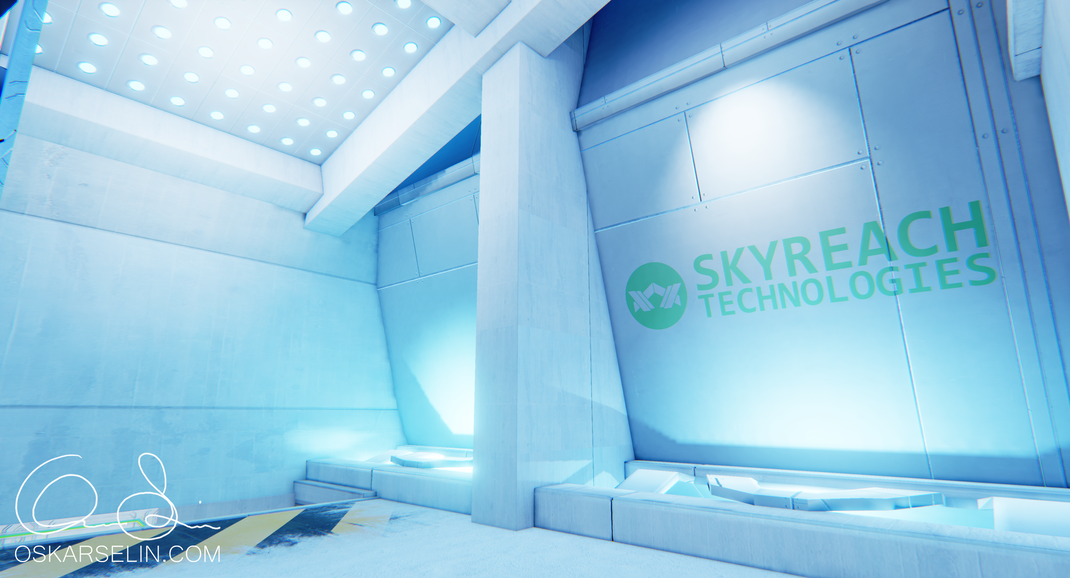 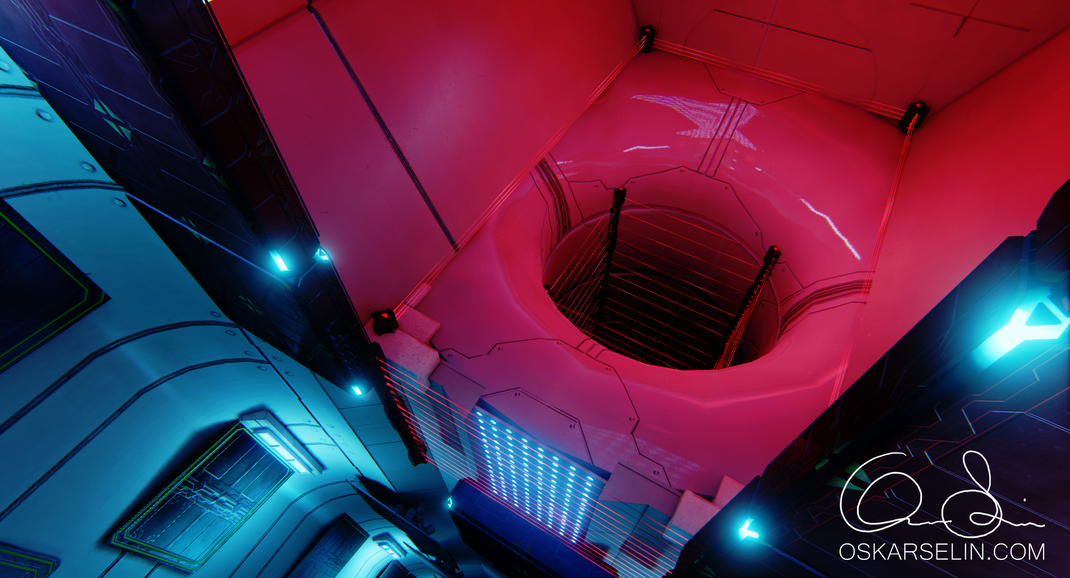 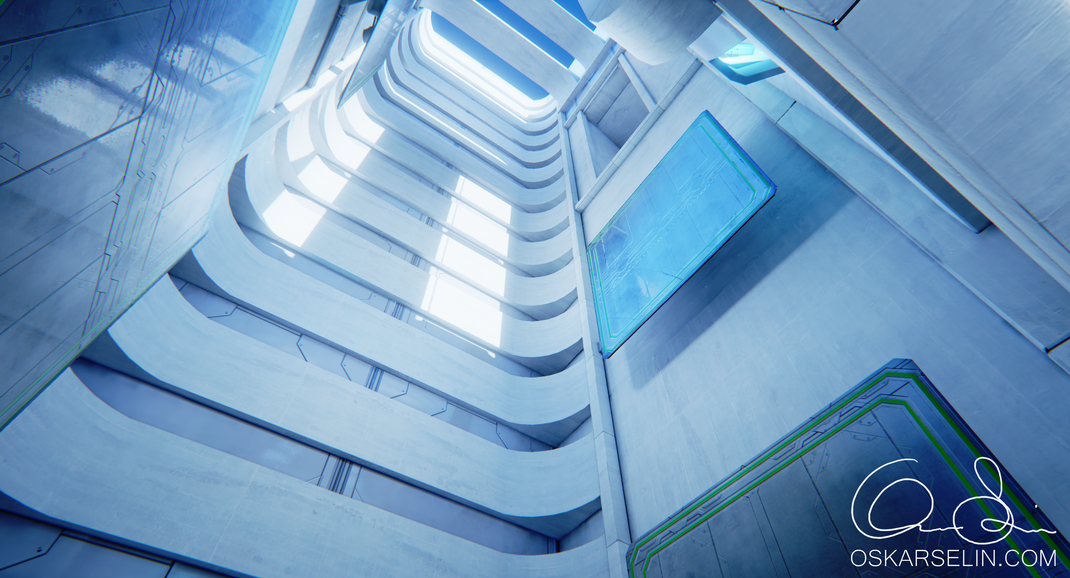 For the game project S.U.I.T we had very limited time. Apart from building the environment, time would be spent on game testing, rebuilding levels after feedback, preparing for weekly presentations, communicating with the group, organizing group documents and more. To save time we chose to do the enviroment in an architectual-scifi style. Using many simple smaller props, materials, ligting and post process effects I focused on making the whole rooms atmosphere spot on. Most of the game is built using 21 meshes and 8 materials shown in the two pictures below. 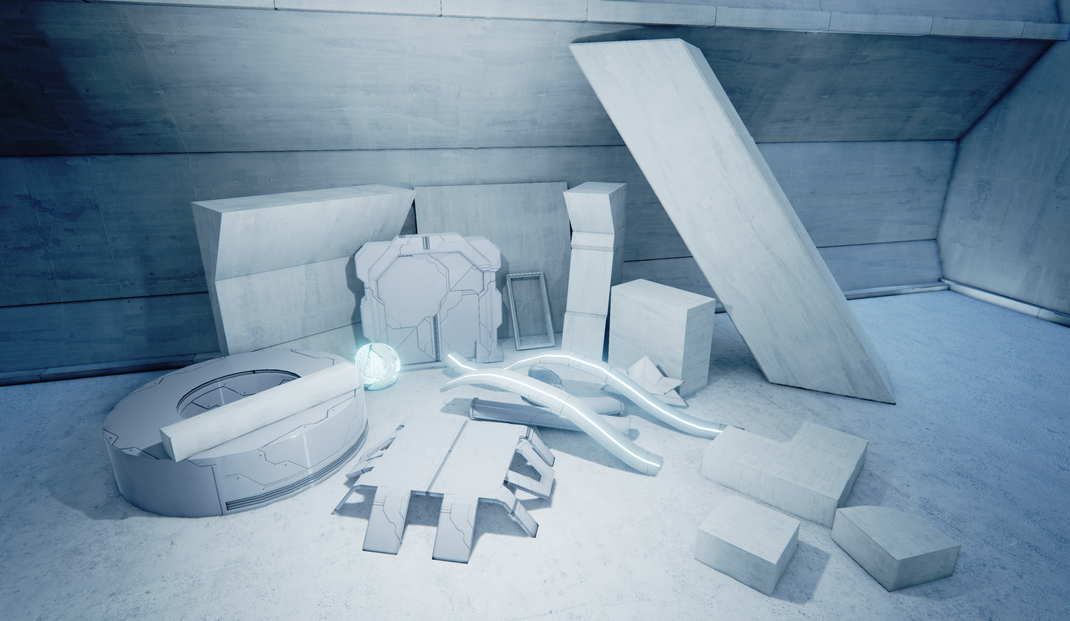 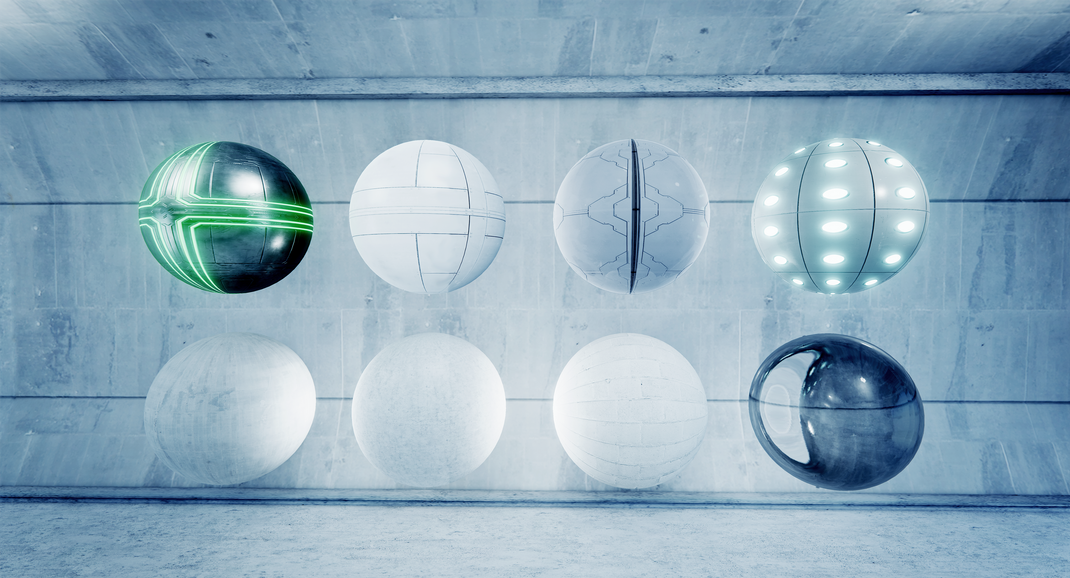 We wanted to give the player a feeling of progess after completing each level/section. Therefore I built a shader, with an instance for each room, that plays a congratulation voice message and displays how many other people have reached that checkpoint before. The screen event is activated when the player enters an invisible collision box. 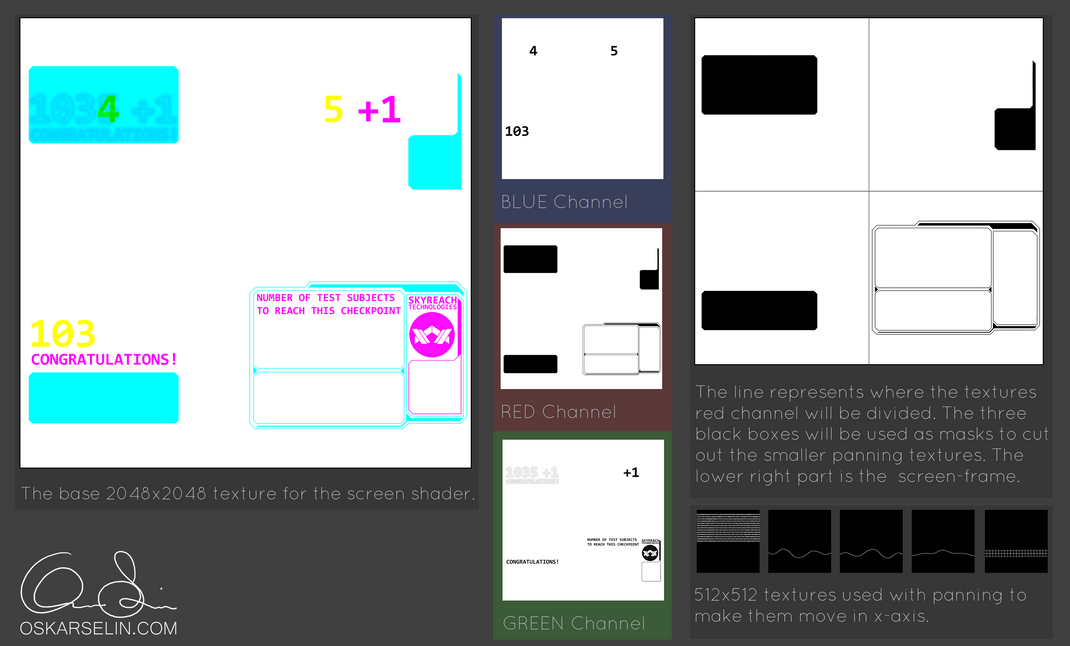 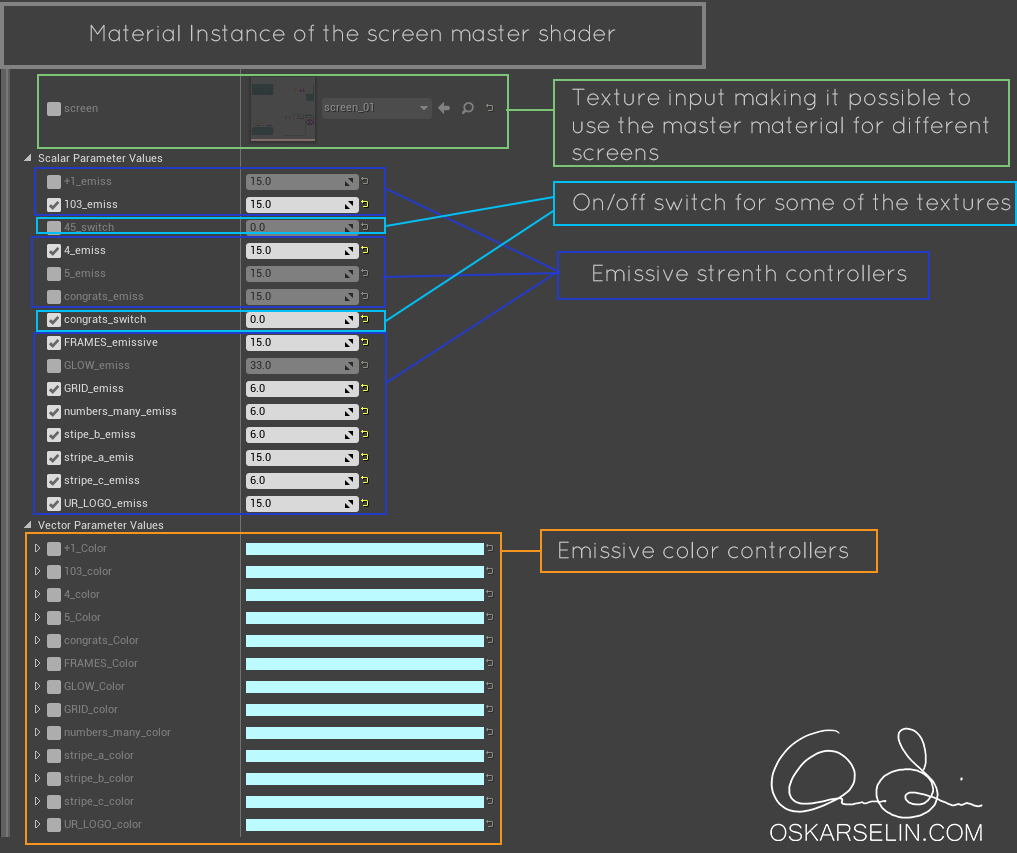